Web3 Evolution and How It Can Help Content Creators Today 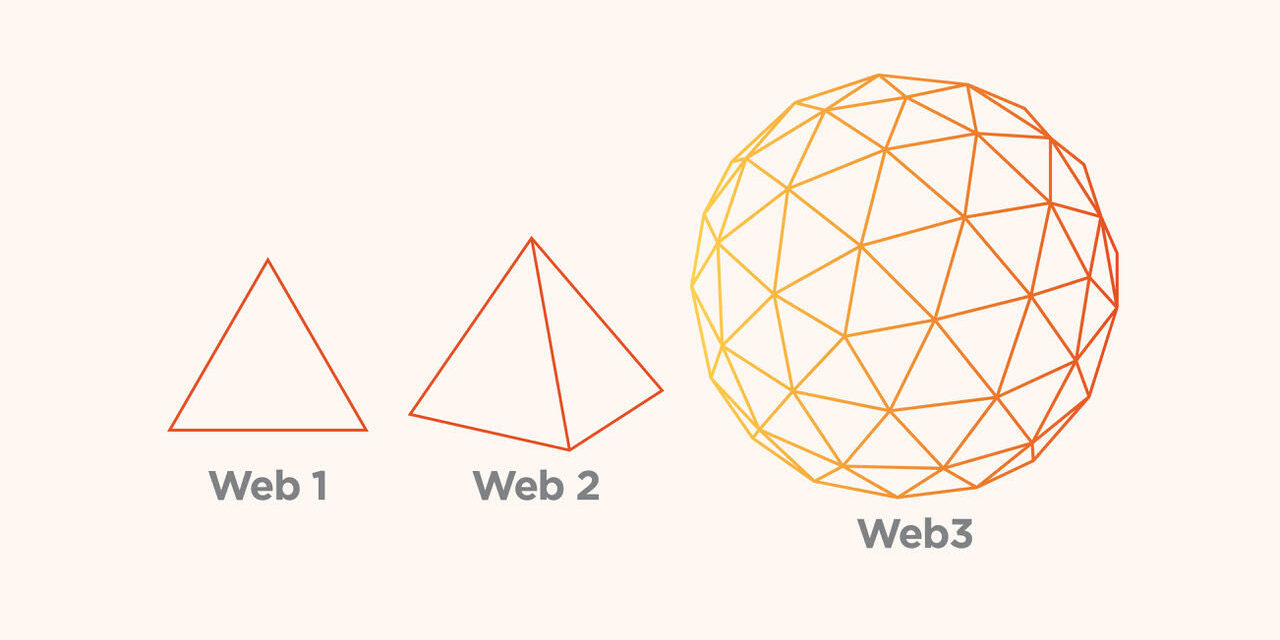 You’ve heard the term “Web3.” But what does that mean? More importantly, how can entrepreneurs and creators take advantage of it?

The internet is being steadily rebuilt on a foundation of cryptocurrency and blockchain technology. The result is a slow-motion overthrow of entrenched financial interests such as Wall Street, Silicon Valley, and central banking. Expect pushback.

The internet is being steadily rebuilt on a foundation of #cryptocurrency and #blockchain tech. Expect pushback, says @MarcAngelosNYC. #Web3 #ContentEntrepreneur Click To Tweet

First, let’s do a quick review of how we arrived here.

In the 1990s, the internet went mainstream. People and companies established an online presence. It was the rise of e-commerce and, for content creators, the birth of online publishing.

During Web 1.0, the internet went mainstream. It was the birth of online publishing, notes @MarcAngelosNYC. #Web3 #CreatorEconomy Click To Tweet

But websites allowed only one-way communication.

The 2000s brought the popularization of social platforms where users shared content and engaged. (MySpace came along in 2003 followed by Facebook the next year.) The internet became a two-way conversation as online creators formed virtual communities. For the first time, being a “creator” became a viable business as some folks built sizeable incomes through podcasting, blogging, and eventually video channels.

In Web 2.0, the internet became a two-way conversation, and being a creator became a viable business for some, says @MarcAngelosNYC. #Web3 #CreatorEconomy Click To Tweet

This socialization and personalized e-commerce occurred on centralized platforms like Instagram and Amazon. But as Twitter bans and Facebook jail arose, it became clear that creators publishing and interacting with communities on those channels did not own their audiences. The tech platforms owned them – and controlled access to them.

The early internet had promised to eliminate the gatekeeper, yet something had gone wrong. Big tech became the gatekeepers. Spotify, YouTube, and Twitter were suddenly the new record labels, movie studios, and news editors.

Ironically, Web 2 had both empowered and disenfranchised the creator. Centralized control of these platforms was the problem.

Now, blockchain technology has come along, making decentralization of the internet possible.

Through a form of cryptography, it transfers control and decision-making from a centralized organization onto a distributed network. It allows the loosening of the stranglehold that companies and governments have over everything from information and intellectual property to the creation of money.

#Web3 loosens the stranglehold that companies and governments have over information, intellectual property, and even the creation of currency, says @MarcAngelosNYC. #CreatorEconomy Click To Tweet

More importantly, blockchain-based smart contracts have created new currencies, new asset classes, and new forms of property. They are secured by math rather than law.

Content creators can now be empowered by a type of cryptocurrency called social tokens. These are really nothing more than computer code shared among users. In this manner, creative folks can essentially issue a currency tied to their community.

Social tokens or coins enable creators to build and reward their community and compensate themselves. Such coins can also be used to tip creators for their content, which is precisely what Twitter is rolling out. This option creates something far better than “likes” – actual money.

Now, creators don’t have to rely on ads to monetize their content; they can monetize directly from creator coins and indirectly from their audience donating coins to them.

In #Web3, creators don't have to rely on ads to monetize their content. They can do it directly from creator coins, says @MarcAngelosNYC. #ContentEntrepreneur Click To Tweet

Imagine a creator at the center of a micro-economy that they own and control with no intermediary in the transaction process.

That brings us to the inherent conflict. The established structure of companies, banking, and even government is threatened by Web3 and the decentralization possible with blockchain technology.

Ostensibly, this is a business conversation around how value itself is transferred. Yet underneath is a political implication of control. The rapid adoption of cryptocurrency directly impacts governing nations and the value of national currencies.

Many people, such as former Twitter CEO, Jack Dorsey, believe decentralization will revolutionize the global financial system. Others, such as venture capital investor Li Jin have tied the growing wealth gap to inflationary currency printing.

What’s undeniable is that Web3 will transform business itself.

Rather than joining a bank, in Web3, you are the bank. You can access financial products directly through a digital wallet – no need for any asset managers. Assets will move to digital coins that represent equity. Compliance will be built-in due to the technology.

Artists, writers, and other creators already are paid in real time, with royalties flowing directly to digital wallets.

Web3 is an infrastructure change. Like the internet itself, it will permeate all industries from gaming to supply chains. Web 3 actually transfers value (digital assets) over the internet. This affects all investable assets from money itself to fixed income, collectibles, and equities. It will even create new assets that are hard to define, such as the never-ending tickets introduced for The Tilt’s CEX event.

Here’s the bad news. Many large but disparate power centers suddenly have a mutual interest in opposing these developments. This includes democratic governments and communist dictatorships, and central banks and big business. In a nutshell, entrenched powers view the economic decentralization of crypto as a threat.

That means that nothing is a foregone conclusion. This rapid evolution will likely have some curveballs. For example, crypto transactions, such as crypto wallets, trading, and mining, have been banned in China. In the United States, the Securities and Exchange Commission has argued that digital tokens should be regulated as securities. However, the SEC isn’t sure if these are actually royalties, collateral, or an asset. As of now, the regulators have not yet officially asserted themselves. Yet the finance folks know that this story’s outcome is still unclear.

At present, blockchain shows exactly how it will shape new forms of property, asset creation, and organizations. Non-fungible tokens (NFTs) have emerged as a way to turn items of value into investments. Decentralized autonomous organizations (DAOs) are being created where investors make the decisions and most likely don’t know each other, such as the ConstitutionDAO that recently came together to bid $40M on a rare copy of the U.S. Constitution. If anything, Meta’s (formerly Facebook) pivot to the metaverse has proven big money is already shifting towards virtual-world assets.

But NFTs, DAOs, and crypto are all merely expressions of Web3. There is a ton of both hype and hope right now. Though folks may debate, tech never waits.

Creators are beginning to build mini-economies with their fans through social tokens.

Yet governments will try to regulate it because of the limit it places on their sovereignty. Big tech will try to co-opt it to maintain their competitive advantage. Dishonest hustlers will leverage this for new versions of fraud.

Regardless of how things develop, Web3 is the future of the internet. The term sounds simple, yet the changes this convergence of innovative technologies, such as decentralized data networks, artificial intelligence, and open-source programming will bring are massive. The opportunity is too.

Gather with your fellow content entrepreneur community this May at the first-ever CEX: Creator Economy Expo. Check out the speakers, topics, one-time registration, and Never-Ending Ticket opportunities. 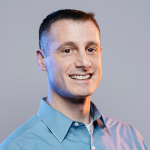 Marc Angelos is founder and CEO of Anvictus Communication, a content marketing firm. After a three-decade sales career in Capital Markets, Marc launched a messaging strategy and content service, serving entrepreneurs and creators. Marc has published several hundred articles and videos on how to increase revenue through content. His work has been featured in Bloomberg, Traders Magazine, CNBC, Informa, The Tilt, TabbFORUM, Sidecar Global, GreenFig and many business podcasts. Marc@anvictus.com. 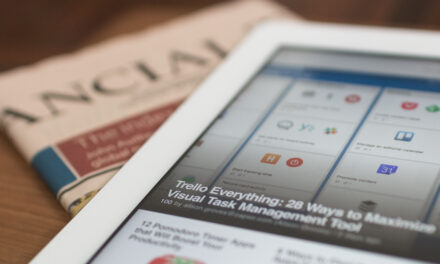 Publishing Platform Seduction: Are Substack, Medium, and Revue Worth It? 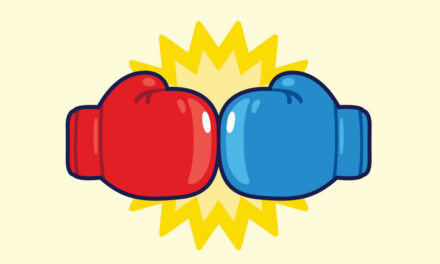 The Audience vs. Community Royal Rumble: Who Wins for Your Content Business? 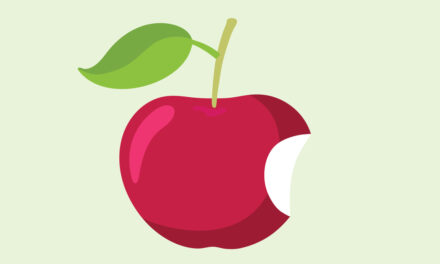