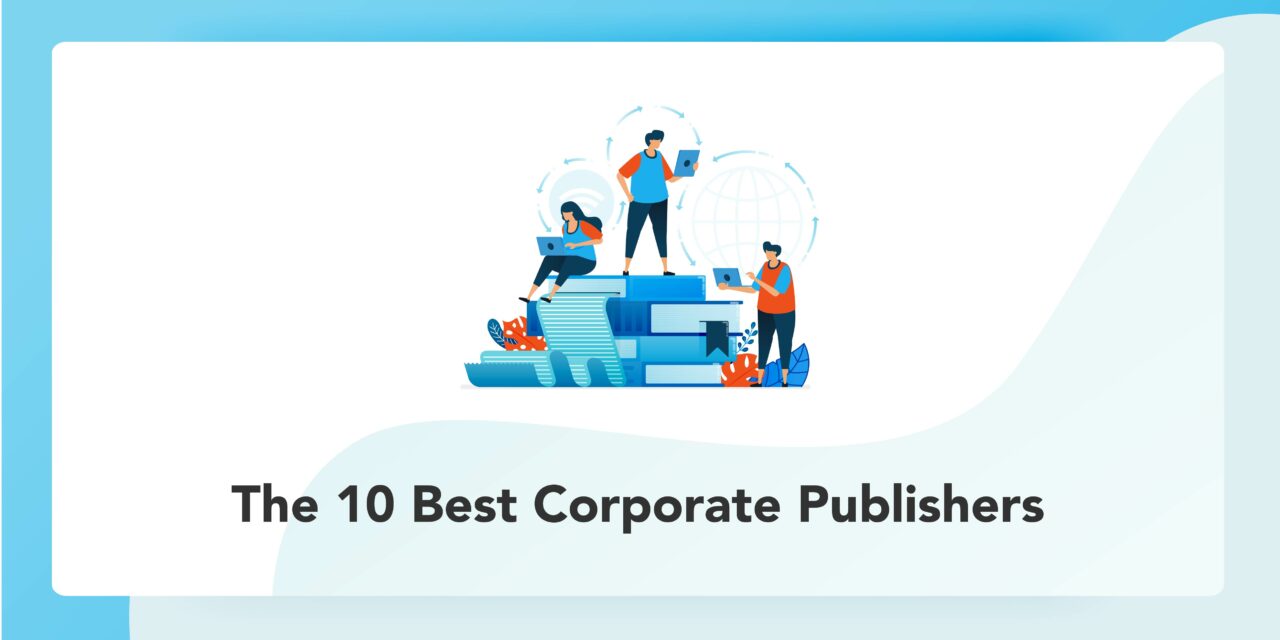 The greatest area of growth in publishing isn’t what most would consider publishing at all. It lies within companies of almost every size, operating in all sorts of other sectors from automotive to healthcare to banking and beyond. All of them began publishing on their own as a business activity.

This publishing is either internal (e.g. training manuals and workbooks, internal documentation) or external (e.g. marketing collateral, white papers, case studies), but either way, this “corporate publishing” requires companies to confront many of the same challenges normal publishers face. Digital Book World—the gathering of the wide world of publishing, has incorporated this new area of innovation within publishing into the conference program.

Here are 10 companies that are great examples of corporate publishing, which collectively illustrate how widespread this practice has become. And if you and your company are doing similar work – publishing books, magazines, audiobooks, podcasts or other material in support of your organization in innovative ways.

With publishing tools being ubiquitous and low-cost, corporate publishing will only continue to grow. And what has previously been done by medium and large firms in publishing their own content is increasingly available to small businesses and startups too.

Taking the time to think through what core messages your company wants to communicate and what medium is best for sharing those messages will allow you to take advantage of this new world of corporate publishing. Even one strong piece of content created by your company can significantly alter your financial picture. Give it a try!

The Mercurial Consumer Behaviour of Millennials

How to Manage a Freelance Content Writing Team Effectively

Changing the World Wide Web, One Language at a Time