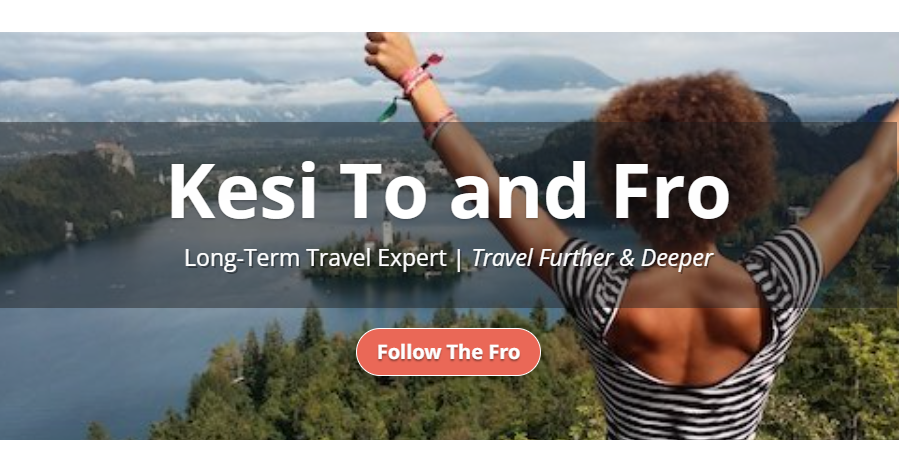 Biz: Kesi To and Fro

Why We Stan: Kesi is a great example of building a business that makes her life possible. She earns about $1K a month, which funds her digital nomad life by generating revenue from it in a variety of ways.

The Story of Kesi Irvin

Ten years ago, Kesi Irvin achieved her childhood dream. After graduating from the University of Pennsylvania, she became a financial analyst in New York. As she explained to CNBC Make It, “I always envisioned I was going to be that Wall Street girl.”

Unfortunately, it was not long before she discovered “there was not much work-life balance at all.” With the vacation time she did have, she would often travel internationally. Desiring to get more from her travels than could be experienced in two weeks, Kesi began saving with the intention of spending a year abroad. She formally quit her job in 2015 and hasn’t lived in America since. She began the travel blog Kesi To and Fro, and today, she’s a full-time travel blogger and digital nomad.

Kesi Irvin lives very differently these days. She makes a fraction of her former salary, has no permanent place of residence, and can fit her life into a backpack small enough to qualify as a carry-on bag. In describing the past six years, Kesi writes, “I did not live the most glamorous life, but I lived an interesting one with lots of adventure.”

In the course of her adventures, Kesi has visited 68 countries on six continents. She tends to visit harder-to-reach-destinations and stays longer to immerse herself in local culture. On her website, you can find interviews she’s conducted with people all over the world. In her view, taking time to speak or even live with local residents helps visitors better understand a locale and often offers a new perspective on the world at large.

As Kesi told Brainy Backpackers, “Traveling has taught me that humans are very giving. I’ve had many strangers from all walks of life help me through my travels, and I stay happy because traveling reminds me how good the world is.”

It also is important for her to reciprocate some of the giving spirit she encounters in the world. In the same Brainy Backpackers interview, she discusses her methods of responsible traveling. Namely, she emphasizes supporting local economies, using sustainable methods of travel, and avoiding exploitative tourist tendencies. When she travels, Kesi uses local guides and spends money in the communities. She is firmly opposed to traveling broke and asking for handouts, especially because most travelers come from nations with more plentiful job opportunities.

Message @KesiToandFro gives to her audience: Traveling broke and asking for handouts isn't right when you come from countries with more plentiful job opportunities. #TravelBlogging Click To Tweet

Lastly, Kesi strongly encourages travelers to visit less well-known and rarely visited locations. Some of her favorite trips have taken her to unpopular destinations in Central and East Africa.

As for what she might do next, the world is her oyster. “I am open, just give me a globe; I’ll spin it!” she asserts to CNBC. “I’m down for random adventures.”

Before she monetized her blog at the start of the COVID-19 pandemic, Kesi primarily lived off of her savings and seasonal work as a chef/host for floating festivals like The Yacht Week and The Bucketlust.

However, this left her life somewhat unfulfilled. As she also told CNBC, “After about four years of constant traveling around the world, I knew I was missing something to work on … I want to use my brain somehow and challenge myself.” After taking a blogging course, Kesi began to earn a living from her passion project.

Like many successful content entrepreneurs, Kesi has multiple streams of income – brand collaborations, paid travel writing, organizing and hosting group trips, ad revenue from her website, and affiliate marketing. Although the last two aren’t her biggest earners, she is actively working to grow her income in those areas. Brand collaborations are her biggest revenue stream. Kesi has estimated she is paid anywhere from $300 to $2K for each deal.

Kesi even looks for less traditional sources of income. As she mentions on her blog, one of her favorite enterprises involves making deliveries for customers of international delivery apps like Grabr. Beyond side hustles and social media influence, Kesi takes time to build an audience, even using a newsletter to keep her followers up to date on her experiences.

All together, Kesi earns around $1K a month from her travel blog, enough to support her travels and life abroad. She has over 16K followers on Instagram and a beloved reputation among her fans, who sometimes join her on the group trips she sponsors. 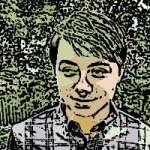 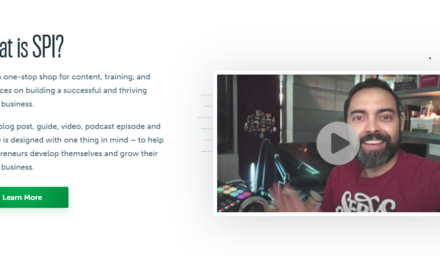 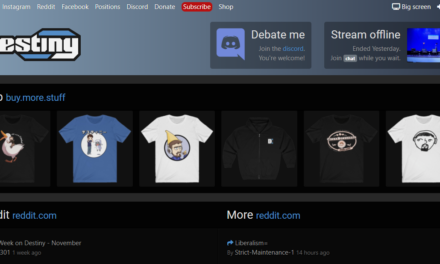 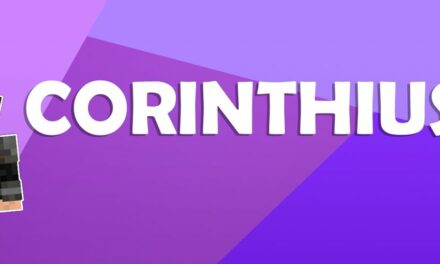