The key catalyst driving the downturn was the virtual shutdown of the credit market starting in the summer of 2008, as U.S. total debt reached an all-time high of 368% of GDP at the end of 2008, according to Ned Davis Research, Inc. By comparison, the debt-to-GDP level stood at 265% before the Great Depression and trended in the 160%-180% range for most of the 20th century. In short, the country is overleveraged, and as a result, banks are hesitant to lend. Earlier this year, Jack Daly, a managing director with Goldman Sachs Principal Investment Area, said, “Today, we have no credit market.”

Strategic companies have been the primary drivers of acquisitions in 2009, having accounted for 74% of total deal value, or $9.8 billion. Private equity firms played a minor role in acquisitions in 2009, as many of their portfolio companies are overleveraged, and they are focused on improving profitability and restructuring debt.

Interestingly, according to The Boston Consulting Group and the Financial business of Thomson Reuters, mergers completed during downturns far outperform mergers completed during upturns in terms of shareholder return. As a result, now is an ideal time for corporations to make acquisitions. Strategic acquirers in the media and information industry have been focused on investing in new business models and integrated solutions across multiple media channels, especially digital; emerging markets, which have recently shown much higher growth rates than traditional ones; high-growth sectors, such as education, mobile, healthcare, and interactive agency services; and acquisitions of complementary content, information, technology, and services that broaden reach within existing market footholds.

The pace of M&A has increased over the past few months, as sellers adjust expectations and buyers regain confidence. July and August saw 129 transactions completed, more than in any 2-month period since the first half of 2008.

The most active sectors through August were online media and technology and marketing and interactive services, which together accounted for 53% of the total deals completed and 59% of the total deal value. Additionally, activity has been strong in the education information, technology, and training sector.

Spurred by $100 billion in U.S. government spending, the education market will be driven by growth in for-profit, postgraduate education, outsourced corporate training, and large-scale technology adoptions, especially in the K-12 market, as well as a widespread move to digital content. According to Jeffrey Stevenson, managing partner, VSS, “Education and training companies have the benefit of strong long-term secular trends and relative stability in economic downturns.”

Another sector to watch is mobile media and technology, an increasingly active M&A market with a dynamic and growing group of companies. Media advisor Jack Myers predicts that mobile advertising will grow 28% in 2010 and 30% in 2011. Through August, 23 mobile deals had been completed at a total value of $418 million, mainly by strategic buyers, including Syniverse Holdings, Inc.’s acquisition of VeriSign’s mobile messaging platform; AdMob, Inc.’s acquisition of AdWhirl, an ad platform for iPhone applications; and Meredith’s acquisition of The Hyperfactory, a creator of mobile marketing campaigns.

• M&A will build on marketplace confidence. The broad perspective of an improving economy is already taking hold.
• Credit markets are starting a slow rebound and will continue to strengthen.
• Strategic companies with traditional media assets are reinventing/retooling their business models via aggressive acquisition programs.
• Private equity will continue to play a limited role in the M&A market recovery, as many of their remaining sponsored companies are hampered by overleverage.

JEGI has a robust pipeline and expects to close several noteworthy transactions in the second half of 2009. Overall, the M&A market has begun to turn, and JEGI anticipates healthier deal activity for the balance of the year, especially in the fast-growing media and information sectors, with strategic acquirers leading the way.

3 Reasons Why You Need a Linguist for Localization 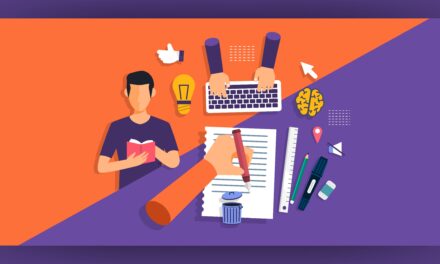 Publishing Equations? Do the Math(ML)