Tilt:  Celebrate the words and ideas of kids h

What Benjamin Salka started as a small theater company geared toward kids has grown into a full-fledged, award-winning media company. The original premise of Story Pirates was to recreate the stories imagined by children through live theater. The youth’s wacky and fun stories were (and still are) retold by top comedians, performers, and musicians with hysterical results.

Story Pirates had humble beginnings. The very first show premiered at the Drama Bookshop in New York, co-produced by a then-unknown Lin-Manuel Miranda, who later rose to fame as the writer, star, and director of the Broadway hit Hamilton. Now, Story Pirates is best known for its podcast, which has over 40M downloads and received the 2020 iHeartRadio Award and the 2020 Webby Award for Best Kids and Family Podcast.

@StoryPirates had humble beginnings 16 years ago. The telling of youth's wacky stories, co-produced by @Lin_Manuel, premiered on the Drama Bookshop stage. #ContentEntrepreneur #CreatorEconomy Click To Tweet

“I’m gonna pass on the advice that Jon Stewart gave to me and Lee Overtree, my co-founder at Story Pirate: ‘If you’re a content generator, you never run out of ideas. Don’t worry about it. Just put them out into the world, and there will be more and more and more,’” Benjamin says.

“You can work on a masterpiece for 15 years, but what the world wants right now is just people who are putting stuff out there. Trusting that, if you are a creative person, and I believe that everyone is, that the ideas never stop and the creativity doesn’t shut off,” he explains.

The world doesn't want now a masterpiece perfected over 15 years. They want people putting stuff out there. If you're a creative person, the ideas never stop and the creativity doesn't shut off, says @StoryPirates founder… Click To Tweet

It’s all about the kids

“I would say that our biggest marker of success is that children feel included and that they’re real contributors to the Story Pirates projects,” Benjamin says.

“There are so many other kids media companies that we love that are incredibly creative and are really run by creative genius adults. The thing that sets Story Pirates apart is that we believe that kids are the creative geniuses,” he says. “Everything we do is based on their ideas, their stories, their input, and we’re there as their collaborators to bring that stuff to life.

The @StoryPirates tilt is that they believe the kids are the creative geniuses and the adults are the collaborators to bring their stuff to life. #CreatorEconomy #ContentBusiness Click To Tweet

“I think at the heart of it, we have respect for kids and elevate their status in the creation of the work itself, right. So the stuff that we’re putting out there, what sets it apart is that kids had a real hand in creating it,” he boasts.

From moment one, Benjamin has set his sights high for Story Pirates. In fact, before the first show was produced, he told Lee they would take over the world or die trying. “There was always sort of a yearning to take kids’ ideas, adapt them, and blow them up on the world stage in the biggest way possible,” he recalls.

“My early model for what we wanted Story Pirates to be was to have the global impact of a company like Disney in terms of ubiquity. We want kids growing up with (Story Pirates) being a really influential part of their lives. We’re nowhere near this, by the way, but I know it is in our DNA,” he says.

“Ultimately, we want the reach of Disney, but with the heart and soul of a local YMCA or community center,” he says. “(Kids) are contributors and not just consumers. They are actually part of it. They are creators in it.”

Ultimately, @StoryPriates wants the reach of Disney, but with the heart and soul of a local YMCA or community center, says @BenjaminSalka. #ContentMission #ContentEntrepreneur Click To Tweet

While the media produced has evolved and expanded, Benjamin ensures that the original spirit of Story Pirates remains. “We’ve gone through a lot of transformations. Things that worked at one point have stopped working, and we’ve needed to reinvent ourselves. Anytime you’re going through a transition, there’s a moment where you don’t know what’s going to happen. It’s uncertain,” he says.

Benjamin continues, “There’s often confusion and lack of clarity while you’re working toward something new.  But, we have always had really strong communication within Story Pirates about why we do what we do in the first place.

“And it attracts people because they know exactly what the heart of it is and why we’re all working together. And because of that, we’ve been able to make transitions together. The heart and soul of Story Pirates have never changed not since day one. We are here to celebrate the words and ideas of kids and to show them their stories matter.”

Benjamin says it’s an emotionally galvanizing and really clear mission. “Over the years, the way that we do that has changed. Podcasts didn’t exist when we started. We’ve added a publishing division. We’ve added a music division where we’ve put out five albums. So the shape of what we’re doing looks really different than it did back then, but the DNA is still the same,” he says. 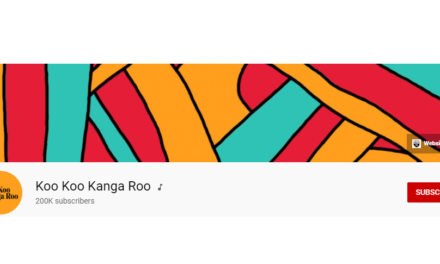 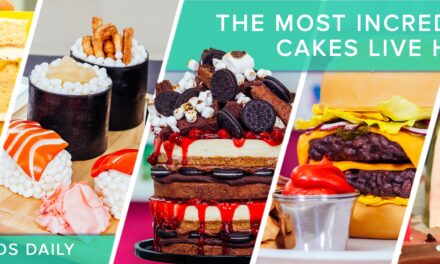