The State of Social Media 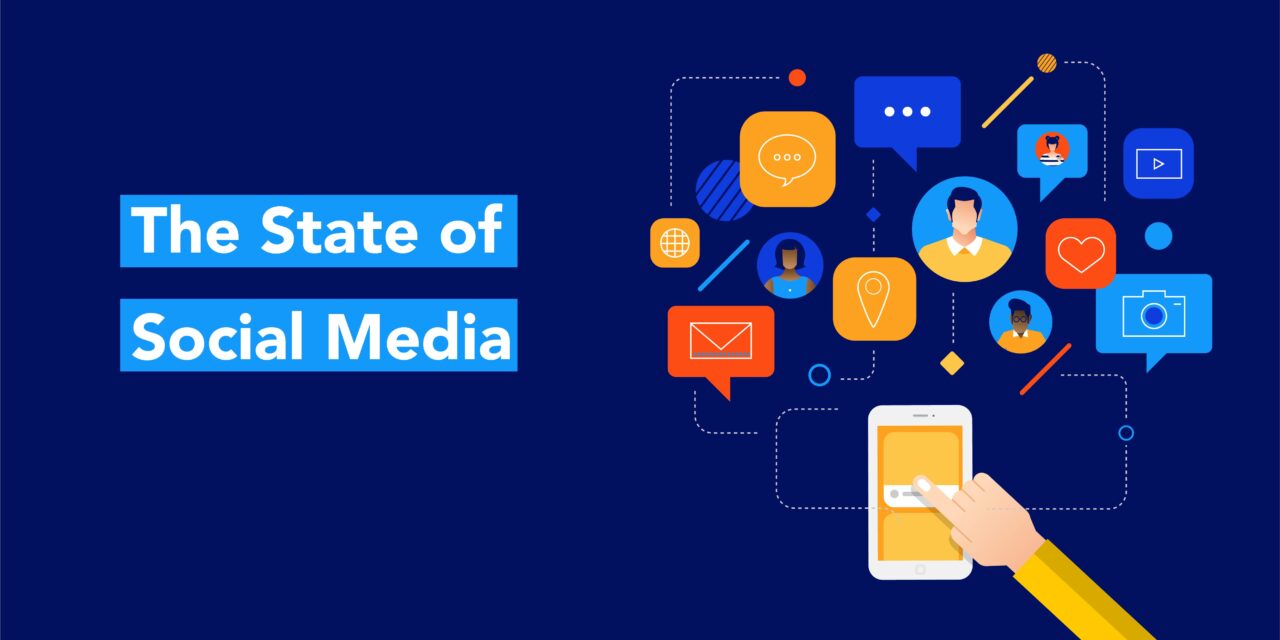 The year in social media was defined largely by scandal. Even so, its growth and popularity show no signs of slowing down. Data from GlobalWebIndex shows 1 in every 3 minutes online is spent on social platforms. The role of social media continues to evolve with just as many consumers saying they use social to follow the news (40%) as they use it to keep in touch with friends (41%). As such, “fake news”—the official Collins Dictionary Word of the Year in 2017—surfaced as a major cause of concern among consumers in 2018. Fifty-nine percent of people surveyed for the Edelman Trust Barometer said they were unsure if what they see in the media is true, while nearly seven in 10 said they worry that fake news could be used as “a weapon.”

With all that in mind, 2018 saw Facebook—which has encountered intensifying scrutiny over its role in distributing fake news—create a new “war room,” which is a team of specialists working to stop the spread of misinformation and propaganda. The company faced an avalanche of scandals in 2018, including a massive security breach and government inquiries in the U.S. and abroad.

The Social Media Year in Review

Arguably, the biggest social media story in 2018 was the demand for more transparency, not unlike what we saw in 2017. “It’s been hard to ignore the whole debacle with Cambridge Analytica and privacy,” says Hugh Stephens, founder and CEO of Schedugram, a company that helps brands use Instagram. A 2018 report by The New York Times revealed that the political firm hired by the current president’s 2016 election campaign had access to the private information of more than 50 million Facebook users, sparking ongoing debates about data privacy. If that wasn’t enough, Facebook revealed a data breach in 2018 that exposed about 50 million users. As a result, “consumers are looking more and more at how businesses manage information,” Stephens says. Regulators are too. Facebook’s CEO, Mark Zuckerberg, testified before Congress last year after growing outrage over whether the company mishandled its users’ data. The U.K. Information Commissioner’s Office also investigated the matter.

Adding more flame to the privacy fire, the General Data Protection Regulation (GDPR) went into effect in 2018, aiming to give individuals control over their personal data. The new law impacts any company that collects, maintains, or processes the personal data of individuals located within the European Union. As such, many U.S. companies were forced to comply by offering consumers “the right to be forgotten” and obtaining explicit consumer consent for online marketing forms and interactions. “Consumers don’t really care,” according to Stephens—at least, not enough to walk away from social media.

Stephens also notes that the more-visual platforms rose to the top in 2018. “We’ve reached the era where the model of social which was made up of posts featuring text and links is dead,” says Stephens. “We now ask first, ‘What’s the creative,’ then determine the supporting text to go along with it. Consumers are migrating away from platforms like Facebook and Twitter and more toward platforms like Snapchat and Instagram.”

Facebook’s Stories launched in 2017, allowing users to take advantage of Snapchat-like filters and lenses and add visual geolocation tags to photos and videos. In 2018, Facebook opened Stories to advertisers, allowing brands to intertwine storytelling and advertising on a channel boasting more than 2 billion monthly active users.

A Look Ahead at Social Media

In 2019, Branden Hampton, founder of Elevator Studio, a social media agency and production company, sees the demand for visual content going a step further. “Live video and story-type content will become predominant,” he predicts. “People want a real-life look at what’s happening now, not a photo you took maybe 2 weeks ago and spent 2 hours editing. People like the real and the raw. The platforms that cater to those needs are going to win the biggest.”

Hampton—once listed among the top 10 marketing influencers to watch in 2017—says, “We’re entering the era of micro-influencers.” The days of needing millions or even hundreds of thousands of followers to be an influencer are over. “The depth of your audience is way more important than the width of your audience.”

The power of influencers is growing. Hampton uses an analogy to explain the state of marketing. “If Michael Jordan were an active player today, he’d still get his Nike deal, he’d still get his Gatorade deal, but he wouldn’t get his Hanes deal. Why? Because Michael Jordan and basketball shoes go together, and Michael Jordan and sports drinks go together, but Michael Jordan and Hanes T-shirts really have nothing to do with each other,” he explains. “Get a micro-influencer from a YouTube channel where a guy only talks about men’s basics. That’s your ideal Hanes ambassador. There are subject matter experts in every category, no matter how big or small; those people are going to rule the land for brands.”

While concerns about privacy ruled the roost in 2018, don’t expect them to go away anytime soon. “We’re going to see a lot more debates around how social media platforms manage data and privacy and how they make use of it for advertising purposes, both in the press and at a political level,” says Stephens. “There will be discussions in the European Union about whether they can and should break up Facebook—a nearly trillion dollar publicly listed U.S. company—into smaller parts,” he adds.

Herrera thinks the changes benefit consumers. “As a user, it’s good to know what type of data is being shared, with whom, and why. People have the right to opt in or opt out of sharing their personal information.” However, he does predict a consequence to the changes: “We may begin to see less relevant ads, because before they were highly targeted.” Less data may mean more difficulty reaching your target audience.

How to: Change Management in Enterprise Technology Projects

The Difference Between CXM and WCXM