Los Angeles native Jamarlin Martin, 34, planted the seed for Moguldom Media Group in 2006 with a $6 domain name investment. Since then, the company – which bills itself as the world’s largest network of owned and operated digital brands focusing on African Americans, as measured by comScore online reach – says it has seen strong year over year growth. In fact, Moguldom says revenue surged 150% from 2011 to 2012.

Moguldom is engaging its audience on a variety of fronts – from its network of five websites, including gossip site Bossip; to its mobile apps and original web series, which have the highest engagement in the industry with more traffic than BET, Interactive One, Vibe and Essence combined, according to the company. The average watch time is eight minutes.

In addition, Moguldom garners 80 million total page views per month across all five of its websites; Bossip, Madame Noire, StyleBlazer, 24Wired and Hip Hop Wired. The company, which has about 45 full-time employees, has offices in New York, Ft. Lauderdale, Atlanta, and Los Angeles.

EContent recently had a chance to chat with Martin, Moguldom’s CEO and Chairman, about the company’s origins, what sets Moguldom apart from its competitors, and some of its future plans.

Q: How did Moguldom Media come to be?

A: [After graduating from Morehouse College in Atlanta] I spent a year at Syracuse University Law School then worked as a paralegal, and after the paralegal experience I started Detachedtrader.com [a currency trading blog] in 2005.

So I was running that and I came across an article [detailing how] advertisers were becoming more comfortable advertising on mom and pop gossip blogs; they were starting to spend six figures on some campaigns on some blogs.

This was in 2006. I thought to myself, “Why don’t I start a second blog going after this market but tailored towards the African-American audience?” And I launched Bossip.com on the side.

But the short story is there was a lot of demand for that product and authenticity at the time and once Bossip started to grow really fast, I shut down Detachedtrader.com. I looked at the landscape and didn’t really see any of the old media companies being aggressive at owning African-American digital media; African-Americans have a trillion dollars in buying power, and advertisers spent over $2 billion a year targeting African-Americans specifically.

Things crystallized for me in 2007 that there’s a massive opportunity for us to use Bossip as an anchor to build the leading digital media company focused on African-Americans. At that time it was a fair bet that everything’s going digital; this is a big opportunity.

Q: What kinds of challenges have you encountered as a digital media start up?

A: There’s been macro challenges where, of course, we survived the financial crisis. But one unique aspect about Moguldom is that we are not venture capital backed; essentially, the company has no debt. So things have been a challenge in terms of we want to do really big things but we don’t have a tremendous amount of financial resources. But that has turned into a strength over time, where we have been able to just do a lot more with less.

Q: What has your strategy been to set yourself apart from the old media giants?

A: I would say what has set us apart from our competitors is our ability to keep launching new products, pursuing new and interesting business opportunities … We are very focused on: where’s the trend going to be next year? Or the year after that? What comes after social? What comes after mobile? So we are thinking about these things in a very focused and strategic way and that has allowed us — regardless of the environment, regardless of what our competition is doing — to stay super focused and stay ahead of the curve.

Our competitors are looking at us, changing their websites or changing their strategy based on what we are doing and we look at ourselves as one of the digital media pioneers that are out there. You can’t really learn what we are doing in a textbook or any kind of business course — essentially you have to be involved very deeply in this industry and kind of learn as you go. That has been a key advantage for us.

Q: Have there been any challenges in targeting an African-American audience?

A: No. The old media companies, they want to dominate this market or own it, at least some of them. But it’s a question of these are old media people who used to run magazines, cable divisions, and radio stations — they haven’t been able to navigate over to digital; it’s been, I expect, tougher than they expected.

However, what differentiates Moguldom is most of the decision makers in our company grew up with the internet so we were never involved in magazines or traditional publishing or radio or TV — it’s all we know. That focused competence has been a tremendous advantage against the bigger media companies.

Q: With your network of properties, are there any advantages for advertisers?

Q: What are some of Moguldom’s future plans?

A: What we are focused on doing is building a robust video content library that’s going to anchor a 24/7 TV experience that’s focused on African-Americans.

[In terms of our webs series] the advertisers can’t get enough of this stuff; last year, we partnered with Karyn Parsons from The Fresh Prince of Bel-Air on a creative concept called Mommy in Chief.

[According to Moguldom, the show “explores the ups, downs and everything in between of being a modern mom who has kids, work, a husband, and a million other things to juggle at all times.”]

Proctor and Gamble loved the concept that we presented to them and so they sponsored it. We never really closed a big deal with P&G before then so these web series are allowing us to get in the door for the first time but also to acquire bigger budgets on the buys.

Adding a Head to a Headless CMS 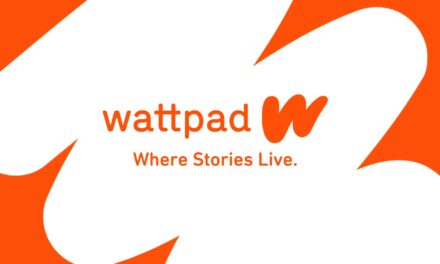 Writers Can Earn Cash With Paid Stories and More on Wattpad

Multilingual Marketing: The Right People for the Job