A Primer on Time-Based Advertising Metrics for Publishers

Advertisers know more about their consumers than ever before—thanks in no small part to digital ads. Prior to digital publishing, the only way advertisers had of evaluating and analyzing information consumption was through research—such as readership surveys that would ask readers to self-report on their behaviors—a process clearly fraught with the potential for error. Today, digital advertisers can use various forms of analytics to determine exactly what readers are looking at—and for how long. Enter the concept of time-based advertising metrics, which is the ability to not only know whether an ad has been viewed, but how long viewers spent engaged with it. This represents value for advertisers—and publishers. After all, chances are that advertisers would be willing to pay more to have their content viewed for a longer period of time by their target audiences. The higher the level of engagement (based on time spent), the more advertisers should be willing to spend.

As Warren Zenna notes in a MediaPost commentary piece from earlier this year, time-based ad pricing—whereby advertisers pay only when a consumer clicks on and interacts with an ad and pay more for longer periods of engagement—“would give all parties a definition for quality: the more time people are willing to spend with an ad, the higher its quality in terms of delivering the advertiser’s message.” As Robb Hecht, adjunct professor of marketing at Baruch College in New York, points out, “As neither views nor impressions reflect how much attention is captured by content, a lot of brands have now adopted time as a key metric. This matters because it is a shift from the tried-and-true media metric established over the past years.” The change shifts how media is bought, sold, and evaluated.

What Are Time-Based Advertising Metrics?

The concept of time-based advertising metrics as a means for charging advertisers for their advertising is pretty straightforward. David Jacobs, COO of 33Across, a technology platform that helps publishers monetize content, explains, “Time-based ad metrics are all about the idea of selling based on the amount of time readers spend on a site as opposed to selling based on clicks.”

The concept first started taking hold a few years ago, he says, “as technology made it possible to more accurately measure the viewability of ads and the length of time in view and how these two factors impact user engagement.” Publishers were quick to identify the potential value of these metrics.

Digital Content Next (DCN) conducted research in 2014 to determine how time-based measurement was attracting the attention of publishers. DCN surveyed 25 of its members—including top publishers such as the Financial Times (FT), Gannett, Forbes, ESPN, and The Wall Street Journal—and conducted in-depth interviews with nine members. The researchers found that 80% of those they engaged with had an interest in using time-based metrics to price and sell ads. Jason Kint is the CEO of DCN. “The data was clear,” he says, adding that DCN does not plan to run the study again. “We’ve moved into proving outcomes to advertisers and testing with a live marketplace,” he says, noting that DCN recently launched a subsidiary ad marketplace—TrustX—that can test new currencies on behalf of advertisers.

In its report, “How Time-Based Measurement Is Grabbing Digital Publishers’ Attention,” DCN makes a distinction between how engagement had been measured—based on “the duration of a user visit using server logs”—to where it is now, with the ability to measure engagement, “real-time, down to every pixel on the screen.” The change from measuring click-through rates to measuring actual viewer engagement is a shift from quantity to quality, say both publishers and advertisers. Interest in the concept quickly led to action. While many view click-through rates as a form of engagement, Kint says that “this is a fallacy of how the industry and its incumbents want to judge digital media.” He explains, “First and foremost, virtually no one clicks on ads, and it underestimates their value driving the marketplace towards direct response and audience targeting. Without getting into costly neural studies, engagement can most simply be measured by attention, using time as a proxy. If viewability is the first opportunity to see an ad, then everything after that point is engagement, or attention, until ultimately the user clicks the ad or moves on to something else.”?

A Shift from Clicks to Time Spent

FT announced in 2015 that it would be launching a new cost-per-hour advertising metric to evaluate the effectiveness of its ads. It said this in an announcement: “The FT has shown through extensive testing that brand familiarity and recollection among readers increases significantly the longer an ad is in view. Adverts seen for five seconds or more on FT.com show up to 50% higher brand recall and familiarity than ads that are visible for a shorter period of time.” FT rolled out its new cost-per-hour billing in May 2015. The Economist was also an early adopter of time-based ad measurement, rolling out the metric in November 2015.

Despite the recent focus on time-based advertising metrics, some suggest that this is really not a new concept. Adam Hopkinson, managing director, Europe, at AnyClip, a tech platform for video monetization and personalization, for instance, points out that viewing time has long been a metric associated with video engagement. The time-spent metric, he says, is “nearly equivalent to engagement measures in place already.” Hopkinson says he saw Moat dashboards appearing a few years ago that showed the amount of time spent with particular ads. Moat is a SaaS firm that provides a solution for advertisers and publishers to measure ad effectiveness and content engagement based on attention measurement.

Despite some evidence that engagement metrics may not be entirely new, it would be difficult to argue that today’s analytics options aren’t becoming more sophisticated and, consequently, more meaningful than the traditional focus on click-through rates. Do advertisers really want to pay to be noticed, or do they want to pay for measurable engagement? The answer is obvious. The ability to evaluate what type of content most engages a particular audience on a particular channel holds value for both advertisers and publishers.

As the digital content landscape has become increasingly cluttered, advertisers have also become increasingly challenged to not only capture attention by standing out from the masses, but to generate engagement. Time-based advertising metrics give advertisers an indication of how engaged viewers are with their ads—a proxy for potential downstream sales.

Today, says Kint, there are more companies selling based on attention, including advertising technology companies. He adds that “the need for cross-platform currencies of comparable metrics is perfectly suited for time. In fact, it’s the one metric that translates across the web, television, mobile, and radio.” Nielsen, Kint notes, has launched comparable metrics across platforms based on DCN’s research.

In addition to the value that advertisers can attain by analyzing time spent engaging with their ads, research has also been done to identify, collectively, how consumers are engaging with content across different platforms. For instance, 33Across has conducted an in-depth analysis measuring the length of time an ad is in view on a publisher’s site and how this influences the viewer’s behavior, including an analysis across desktops, mobile, and tablets.

The company found, says Jacobs, “that 98% of engagement happens after 1 second.” More specifically, he says, “more than half of user engagement, as defined by when a user clicked on an ad, starts after an ad is in view for 15 seconds, with variables for users on desktop, mobile, and tablets.” In addition, 33Across found the following:

The Media Rating Council’s (MRC) minimum guideline for viewability deems an ad viewable if 50% of its pixels are in view for a minimum of 1 second, says Jacobs. Based on the analysis from 33Across, he says, “If a marketer’s main metric is viewability based on the MRC guideline, and an analysis proves that 98% of engagement happens after 1 second, then perhaps it’s time to take a closer look at time-in-view.” Specifically, Jacobs says, “you need both high viewability and time-in-view.”

Obviously, this has always been the case. Consider an advertiser in the 1950s running an ad in a national magazine. Both high viewership and time-in-view were important to those advertisers. The big difference between then and now is the ability to measure viewer behaviors more accurately. The key words here are “more accurately”—not perfectly. As Jacobs notes, while time-in-view brings advertisers closer to engagement with their audiences, they need to keep in mind that time-in-view alone won’t drive engagement. That, he says, “comes from a combination of quality inventory and data-driven insights to know which ads to present to a potential customer [at a specific moment] and then to ensure those ads remain in view.”

The benefits of time-based advertising metrics, says Hopkinson, are that they “can be a currency that compares all media.” That could result in “apportioning media spend in accordance with user attention,” he says. However, he adds, there are limitations. “As soon as you introduce something new, it’s possible that it creates extra latency for ads that are being delivered.” Jacobs agrees. Time-in-view, he says, is a challenge primarily due to a lack of industry standards around the metric. “For example, using cost per hour versus cost per minute will vary based on the organization and the campaign’s goals. Since most platforms don’t have the ability to drill into time-in-view, advertisers need to bring in their own third-party verification vendor.”

Hopkinson suggests that this metric might be of more value “for publishers to push out rather than advertisers to demand.” He says, “If they can demonstrate a genuine share of mind on the site, rather than dividing impressions booked by impressions available as a share of voice measure, this would be ideal.” Beyond value for advertisers, publishers can benefit through the use of time-based metrics. These metrics can help them better determine which types of content, or variations of content, most engage readers. That knowledge can help publishers improve the value of their content, gaining more views and greater engagement, which is appealing to advertisers.

Importantly, the advent of a new metric doesn’t make prior methods of measurement irrelevant. Parse-?.ly, an analytics firm, has conducted research across various types of publishers to determine what types of data resonate most with readers. In a blog post, Parse.ly’s customer success manager, Kelsey Arendt, writes, “In clinging to familiar traffic indicators like page views, perhaps we have systematically neglected not only the experience of our readers, but the nuance of our reporting. But coupling traffic metrics with engaged time helps us understand which articles create the most impact.”

And, of course, desired downstream actions are another piece of the metrics mix. Yes, it can be helpful to capture and analyze metrics related to such things as whether or not someone saw your advertisement and how much time he or she spent engaging with it. However, at the end of the day, what matters most are the results attained through your advertising expenditures. Regardless of whether a prospect spends 1 second or 1 hour engaged with your ad, if that engagement doesn’t result in a sale, it’s not money well spent. As advertisers know, ads that generate high levels of consumer interest—and even engagement—don’t necessarily generate corresponding levels of sales. Consumers generally loved the famous E*TRADE babies ads from several years ago, but E*TRADE was unable to point to sales resulting from the campaign and, ultimately, threw it out.

While there is no one right metric for advertisers or publishers to use in evaluating the effectiveness of their content, today’s technology is yielding increasing levels of detail about consumer engagement and actions. Depending on the vantage point—content creator, publisher, or advertiser—there are a wide range of ways to slice and dice the data related to the amount of time that viewers engage with content. That detailed knowledge about reader engagement, and associated downstream actions, can combine for a three-way win: for publishers, for advertisers, and for the public. 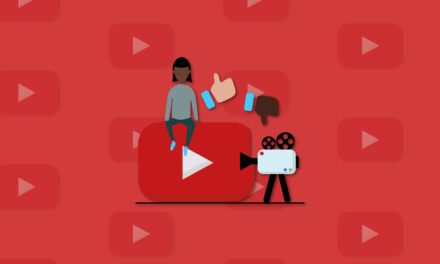