I say this with love: Podcasting needs an upgrade. As one of the very earliest listeners to this on-demand audio format, I remain devoted to it and heartened by its overdue mainstreaming. At the same time, I am struck by the lack of genuine innovation around its content, distribution, discoverability, and monetization.

But let’s not mistake investment for innovation. Clearly, Spotify’s recent acquisitions promise to give Apple some much-needed competition on the distribution front. I am hopeful that Spotify’s recommendation algorithms—and only slightly better interface—will help surface more programming options. We’ve also seen dynamic ad insertion give smaller publishers some revenue to support forays into the platform.

We need so much more than this, however. The increased scale of podcasting has also brought with it new problems. Discoverability still sucks. Leave aside the awful, inscrutable Apple Podcast app. Publishers are as much to blame for isolating their audio projects into a Podcasts tab and rarely promoting them. Some leaders have emerged. The success of The New York Times’ The Daily is no fluke. The company always has the latest episode available on its app and on the front page of its site. Slate has started folding audio episodes into the flow of its regular content. The Economist, a pioneer in versioning text content for audio, has been joined by other publishers that let you listen rather than read.

The mobile device not only makes it possible for publishers to better integrate audio with their text plus image plus video, it requires it. Unless, and until, we start treating audio as core to your brand, users and advertisers won’t either.

Stop making podcasts. The volume of new shows has far outpaced the market’s ability to absorb them. More than a few publishers have told me about canceling podcasts because audience-building has become too daunting. Stop thinking that every niche you can imagine merits a new podcast. A number of publishers I have spoken to recently (such as Outside Media Group and Hollywood Life) are focusing on one regular show that flexes their native strengths best. It lets them promote the heck out of it across the site, the newsletter, social, and YouTube.

A number of publishers are looking into limited series one-off podcast projects (three to six episodes). This may be a better way to package podcasts for promotion and ad sales. And that leads to another issue.

It’s not radio; it’s digital. Podcasting has inherited too many formats and presumptions from linear, analog radio for its own good. Programming into 30- and 60-minute pods, chattering banter, commercial breaks, even host reads have been fine for the early years, but we need a more digital sensibility. Podcast players allow users to assemble diverse formats and lengths. Please give us more than 10- minute-and-shorter shows. Try branded content instead of host reads that are now hackneyed and inauthentic.

More than a decade ago, Onion Radio News had a 1-minute daily podcast that was thoroughly compelling. It had a 5-second end-bumper ad for a restaurant brand I still recall because of its regularity. Digital allows us to play with length and frequency in creative new ways.

More than a decade and a half into podcasting, why aren’t audio clips part of search results? Why isn’t indexing built into the format? Why isn’t it easier to lift and share clips just as we cut and paste and forward sites, emails, and articles? Podcasting doesn’t just live in a distribution silo, but also in an analog silo. Because it hasn’t been taken seriously enough, even by its original accelerant (Apple), we haven’t expected any of the digital flexibility we do from text, images, and even video online. From time to time, I have seen experiments with some of these more advanced capabilities of digitization, but no major publisher or platform championed them.

Mobility plus digital plus personalization plus audio can add up to something far beyond podcasting as we have known it. There is a new realm of ambient media—of soundcasting—just waiting to be invented. 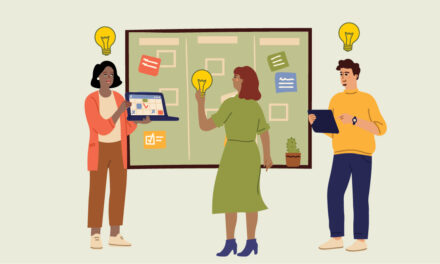 Are You Relying on the Wrong Online Sources?