IHS Markit is the product of a merger, and its website says, “We bring together the deepest intelligence across the widest set of capital-intensive industries and markets. By connecting data across variables, our analysts and industry specialists present our customers with a richer, highly integrated view of their world.” All of this culminates in what IHS Markit calls “The New Intelligence.” With 50,000 customers across 140 companies, it’s truly a global company.

IHS Markit, similar to many global enterprises, found itself with the challenge of connecting 5,000 analysts, data scientists, financial experts, and industry specialists across the globe. Because the company had grown mostly by acquisitions, it had many different offices using any number of disparate production processes. It was clear the company needed an efficient, uniform way to create content, often across borders.

Quark is a household name—at least in content production circles. Founded in 1981, these days, it describes itself as “the only end-to-end content automation platform that enables the creation, management, publishing and delivery of content across print, Web and digital channels.”

Over the course of several years, IHS Markit—which provides information, analytics, and expertise across multiple industries—took shape through a series of acquisitions. Each of those companies had its own tools and procedures for creating the content products they sell. That would present a challenge at any time, but especially in the era of multiplatform publishing. “Many of the acquisitions had no content management system or a small simple one,” says Andrzej Dostatni, VP of product development and delivery at IHS Markit. “We wanted to go into more structured content. … We wanted to be able to publish to multiple platforms.”

Across the globe, IHS Markit’s employees are creating everything from short reports to 500-plus-page documents. The desire to be able to do more with the content you create via a variety of platforms is common among content creators, but when you’re trying to pull together as many disparate production practices as IHS Markit, achieving that goal becomes exponentially more difficult. In this case, it made sense to start from the ground up. Luckily, as Dostatni puts it, “We have done a few technology selections in the past few years so we got good at it.” So, in January 2013, the search began.

Dostatni says he asked his team to do a full proof of concept for the tools IHS Markit was looking at after he put out the request for proposal (RFP). “I want my development team to really own it and put their hands on it,” he says. “Everything is well-described on paper … but when you go into a true project, things are not as easy.” The company quickly narrowed the possible solutions down to three and began testing. One proof of concept was shut down when it became clear that the tool would not meet the company’s needs. By October 2013, the team was ready to make a decision.

“The CMS applications were rated on their ability to execute within [more than 40 features],” says Cross. “Each feature was also given a weight as to the importance to IHS Markit. The technical team worked together during this evaluation period, and the product within the highest technical score and that also was the best cultural fit company-to-company was selected. The evaluation period took approximately 2 weeks. Quark XML Author scored the highest and was selected as the winner.”

First released in 2002, according to the product site, Quark XML Author “is an add-in to Microsoft Word that lets anyone easily create XML in Word with no knowledge of XML and little or no training.” Because IHS Markit’s workforce includes people in a variety of environments across the globe, it was important to use a familiar authoring tool such as Word to keep things simple. Office was already rolled out across the enterprise, but by adding Quark XML Author on top of that, it allowed the company to create templates and rules for content creators to follow. Dostatni puts it simply: “It hit the sweet spot of what we needed.”

According to Dave White, CTO at Quark, a few other tools play a key part in the transformation at IHS Markit. Quark Publishing Platform allows for content management and workflow automation, while Quark Express Server allows the company to still create print products.

“One of the important aspects of the development process was the cooperation with the vendor of the publishing platform,” says Cross. “Quark has been very accommodating for our needs and comments and in many cases extended the functionality offered by the platform according to our suggestions.”

“We approached the implementation process with a team that had on average over 10 years of software development experience, a significant portion of which was in the field of content management,” says Cross. She continues, “Early on, the decision was made to split the CMS delivery into small, simple parts so that we could deliver something meaningful to production and have it used in the real world by real authors/editors as soon as possible.”

But as with any big technology purchase, the proof is in the proverbial pudding. “The first release was very limited in scope—both on the technical side as well as the number of people affected by it,” says Cross. “We decided to migrate a small, but rather mature, group of users who worked on relatively simple content (not requiring rich functionality). We also decided to leverage parts of an already existing legacy architecture to allow us to deliver not a completely new, built from [the] ground-up solution, but something that could be seen as a somewhat bigger evolution of the existing system. This approach allowed us to actually develop less (which meant faster) and have the ability to observe results of our work in a real-life environment shortly after we started the work.” The quick delivery and feedback from this initial release allowed the team to adjust subsequent rollouts to other teams in the company.

“We started with people who were familiar with a CMS and had a workflow in place,” says Dostatni—perhaps a wise choice. That allowed the team to focus on perfecting the technology instead of troubleshooting user error.

Cross adds, “The first release took about 6 months to prepare and it happened in February 2014. Since then, we’ve moved on to much more advanced infrastructure and are able to deliver new features to production basically every day without causing any outages to the users. So far we’ve done more than 100 releases.” At the time of our interview, Dostatni indicated that about 1,000 employees had been brought online with the new workflow. Ultimately, the company expects to have about 2,500 employees using the new editorial system.

“Nobody ever saves money when they buy one big platform to replace many small platforms,” says Dostatni. He’s not measuring success by money saved. He says he sees an acceleration in bringing teams online, leading to a more streamlined workflow for everyone. In addition, analysts are no longer spending their time laying out pages. They can get back to the more in-depth work of analysis, and that is priceless.

Thomson Gale Introduces Digital Archive on Life and Works of Jorge Luis Borges; Launches The Making of the Modern Economy 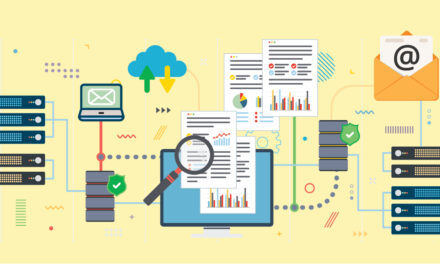 An Interview with Jason Harris, Director of Customer Success, Wochit